An advise of the Founder of Opus Dei: Get used to saying no (The Way, no. 5), mainly applied to self-denial…

One of the most essential skills that a freelancer can have is the ability to say «no».

Without that skill, you will be overloaded with requests and assignments, and continuously overworked and missing deadlines, the quality of your work will slip, and you will take on assignments that you don’t enjoy and that don’t pay enough for the time you spend on them.

By saying «no», although you might feel that others will feel offended or hurt (and it’s possible), you are also sending a strong message that you value your time, that you have priorities, and that you also respect the person to whom you’re saying no, as you don’t want to commit to something and then do a lousy job or not do it at all.

Should you say «no» to everything that comes your way? Of course not — as freelancers, we know that we have to accept enough work to pay the bills, and that sometimes we have to say «yes» to less-than-perfect assignments. But it’s also important that you know what you can handle, what you really want to work on, and whether the current request you’re considering fits within your priorities. And it’s very important that if you don’t really need or want to take on the job, you be able to say «no» without caving in.

That’s not always an easy skill to acquire. For those who have trouble saying «no», here are a few practical strategies to try out.

1. Try saying «yes» first. This may sound counterintuitive, but I think of it as a form of mental judo. You say «yes» to the request (assuming you want to do it but don’t have the time to do it now), and then do one of two things: 1) you say «Sure, but I am swamped right now — can you get back to me on this in a month or so? I don’t want to commit to it unless I can actually do a great job on it.» or 2) you say «Sure, but can you do x, y and z first, so we can analyze if this is going to work before we set it into action?» In both cases, you are not turning them down outright, but are putting the action back in their court. I think you should only say these things if you are sincere about wanting to do it, but can’t do it right now. This takes the burden of action off of you for the moment, without having to actually say no.

2. Know your commitments. In order to know when to say no, you need to know what’s on your plate. You should have a running list of all your current projects/assignments, as well as an action task list, made up not of projects but of concrete action steps you need to complete in the next week or so. Once you see this list of all your commitments, you can decide whether the request can fit into your schedule, and if it’s of high enough priority to place on your list of commitments. Guard that list carefully, and only add stuff on there if they are essential.

3. Value your time. One reason a lot of people can’t say no is that they (subconsciously, perhaps) feel that their time is not as valuable as someone else’s time. For example, if someone asks you to do something that they could easily do themselves, and you say yes, you are in effect saying that their time is more valuable than yours — or else why would you do it instead of them? Learn to value your time — you only have a finite amount of it, and it’s perhaps your most valuable asset — and learn to show others that you value it by not taking on requests that don’t actually need to be done by you.

4. Defer. Similar to Strategy 1, this strategy calls for you not to actually decide on something, and not to say yes or no, but to ask the requester to ask you later. For example, you might say, «My plate is really full right now. Could you ping me in two weeks on this?» If the requester is good, they’ll put a reminder in their calendar to ping you in two weeks. If not, they might forget about it. Sometimes, if you defer twice in a row, the other person will give up. But it’s not good to defer too many times on a single request, as it makes you look bad. After two deferrals, on the third request, you should give a definite answer.

5. Be polite, but firm. One mistake a lot of people make is being too nice, and too wishy-washy. They might say no but make it sound like they are wavering. If you respond like that, a strong person will continue to press that request until you say yes, because they think there’s a chance you are going to change your mind. You have to make it clear, if you say no, that you’re not going to change your mind. But don’t be rude about it. A simple, «No, I just can’t right now» will suffice.

6. Pre-empt. If you think that a request is likely to be made, it’s easier to tell people you’re busy before the request is actually made. If you’re meeting with someone, you could say something like, «Before we get started, I have to let you know that my schedule is booked solid for a month, so I won’t be taking on any new projects for at least 30 days.» That will warn the person about to make a request, and they cannot blame you if you say no to a request.

7. «I’d love to, but». Similar to Strategy 1, this strategy sends the message that this sounds like a great project to you, but you just can’t because of your schedule or other commitments. If the project sounds genuinely interesting, I’ll often say something like, «That sounds like a great project, and I wish I could be a part of it.» I’ll also suggest alternatives if possible, giving the person other people or ideas that might work. Some people will actually appreciate this kind of rejection, as it helps them out.

8. Never say you’re sorry. Again, you have to respect your time. If you apologize, you are sending the message that you are doing something wrong by saying no, that somehow you don’t have a strong right to say no. It’s very tempting to apologize, I know. We often say things like, «I’m sorry, but …» or «I wish I could, I’m so sorry» just because we’re uncomfortable giving an outright no. But again, you are sending the wrong message. See Strategy 5 for a better approach. 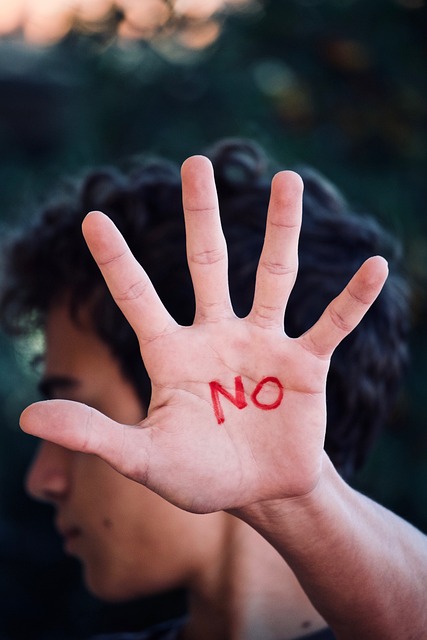