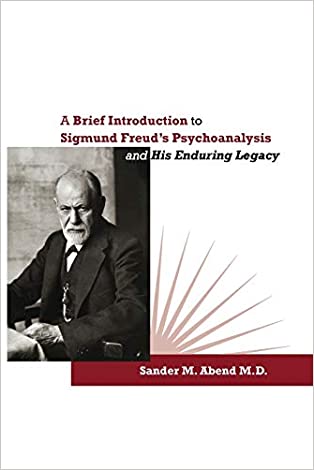 Abend applies his considerable psychoanalytic scholarship, as well as his long clinical experience, to making a thorough, careful, and complete presentation of Freud’s essential ideas--  which is something not to be taken for granted:  important elements of Freud’s work are all too often misunderstood or overlooked elsewhere.  Abend never talks down to the reader;  he does not shy away from detail and complexity.  At the same time, he makes his presentation clearly and with a deceptive simplicity, so that it is always easy reading.  Abend’s format is to trace the historic unfolding of Freud’s thinking.  This is, again, a difficult task which is rarely accomplished with complete success, because of the many twists and turns Freud’s thinking took, not to mention the incompletions and even contradictions that Freud left standing.  Abend gracefully unties the knots and connects the dots, permitting the reader to appreciate Freud’s consistent ulterior logic. Abend makes the well judged choice to take up only those developments in psychoanalysis following Freud that have remained directly in line with Freud’s thought.  It is, of course, very much in keeping with the psychoanalytic understanding that what comes first has a profound influence upon what comes after to make as complete as possible a study of the elaboration that has taken place of the principles originally articulated by Freud before studying divergences and departures from those principles.  As Abend emphasizes, judgments about what is and what is not truly Freudian are bound to be controversial.  Confronted with the necessity to make difficult choices, Abend’s distinguished scholarship shines in his discussion of post-Freudian Freudianism.  He offers neither too much nor too little, and shows that it is all of a piece.  Abend has done justice to Freud’s enduring legacy.  Readers of this book  are given the very valuable opportunity to learn what that  legacy is and why it has endured.